MAKING CANCER SEXY…WE DO MORE THAN PARTY WE CELEBRATE LIFE!!!
On Saturday, October 8, 2011 Celebrity photographer, Drexina Nelson along with SheDot will join forces to create the ultimate Libra birthday bash and “party with a purpose” –a celebration of life as they highlight a few courageous women who have been either recently diagnosed with breast cancer or survivors of breast cancer.

Posted by realestatebff at 1:21 PM 0 comments

Email ThisBlogThis!Share to TwitterShare to FacebookShare to Pinterest
MAKING CANCER SEXY…WE DO MORE THAN PARTY
WE CELEBRATE LIFE!!!
Posted by realestatebff at 1:14 PM 0 comments

TOO SHORT PERFORMING LIVE WITH A BAND 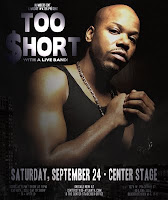 A hip-hop pioneer and living legend, Too $hort (aka Todd Shaw) practically invented West Coast rap. He began his career slinging tapes out of his car in the early 1980s in Oakland, Calif. Merging pimp game philosophies, thick funk, and hardcore tales of freaky sexcapades, his music was made for players, macks, and gangsters...TICKETS ON SALE NOW!!! www.ticketmaster.com www.centerstage-atlanta.com
Posted by realestatebff at 11:55 AM 0 comments